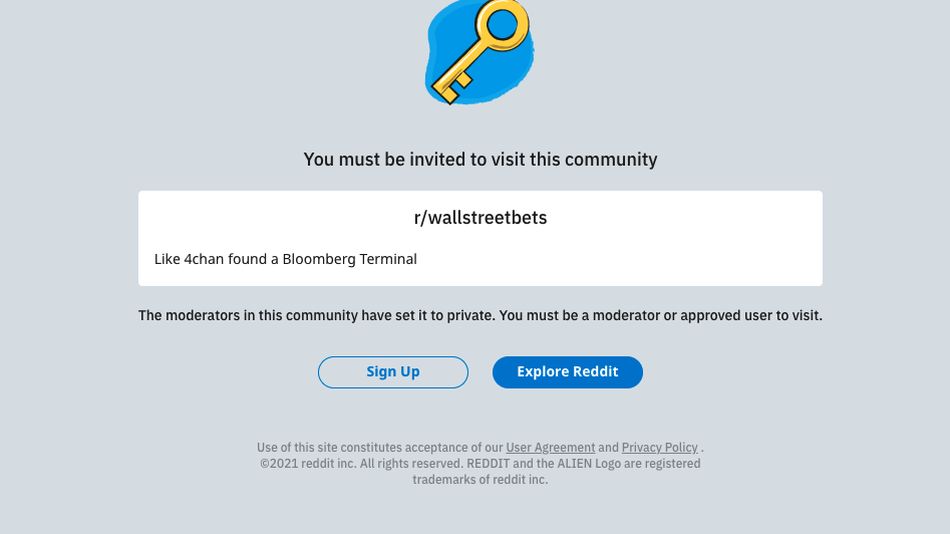 Reddit’s r/wallstreetbets just had too much of a good thing.

As traffic to the subreddit hit an all-time Wednesday, things started to head south on the back end. According to someone familiar with the situation, key moderator tools simply stopped working sometime in the afternoon.

“Mods haven’t been able to do some moderation activities since around 6pm (eastern),” they noted.

Modmail, a system which lets subreddit moderators communicate with other redditors, went down. What’s more, r/wallstreetbets moderators lost the ability to ban users (including spammers). These problems were immediately followed by r/wallstreetbets moving to an invite-only subreddit — perhaps in a desperate effort to stem the tide of incoming new users.  Read more…