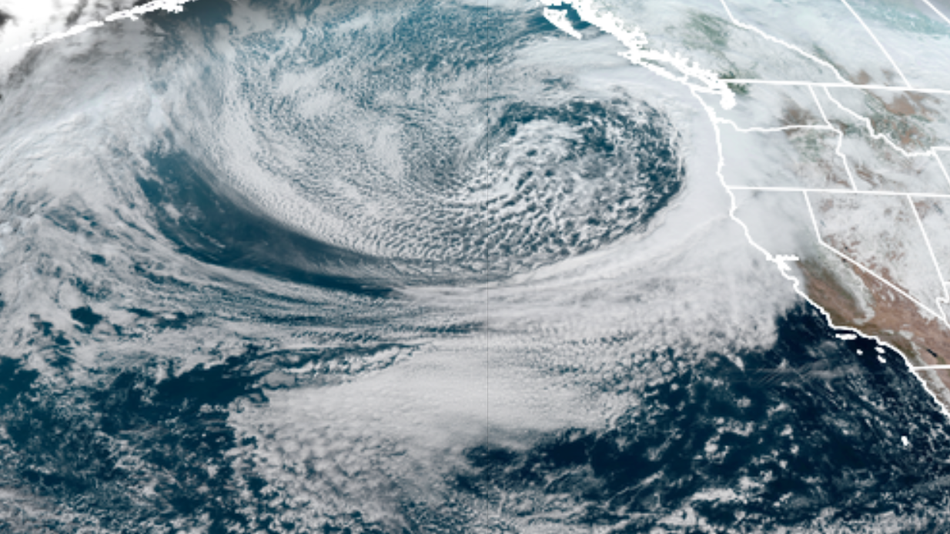 A potent, comma-shaped storm has moved over a large swath of California, promising to deluge regions in hazardous rains and thick snow.

It’s a mid-latitude cyclone, which is generally a counterclockwise spinning mass of air in this part (latitude) of the world. And it’s an impressively wet storm: The system has tapped into ample moisture over the Pacific Ocean, allowing the storm to dump thick bands of precipitation over the central and northern parts of the Golden State.

These types of intense streams or bands of moisture, carried by storms, are called “atmospheric rivers,” but this atmospheric river is somewhat unique. The storm is coming from the frigid north, as opposed to streaming across the tropical Pacific from around Hawaii (a more common weather phenomenon known as the “Pineapple Express“).  Read more…