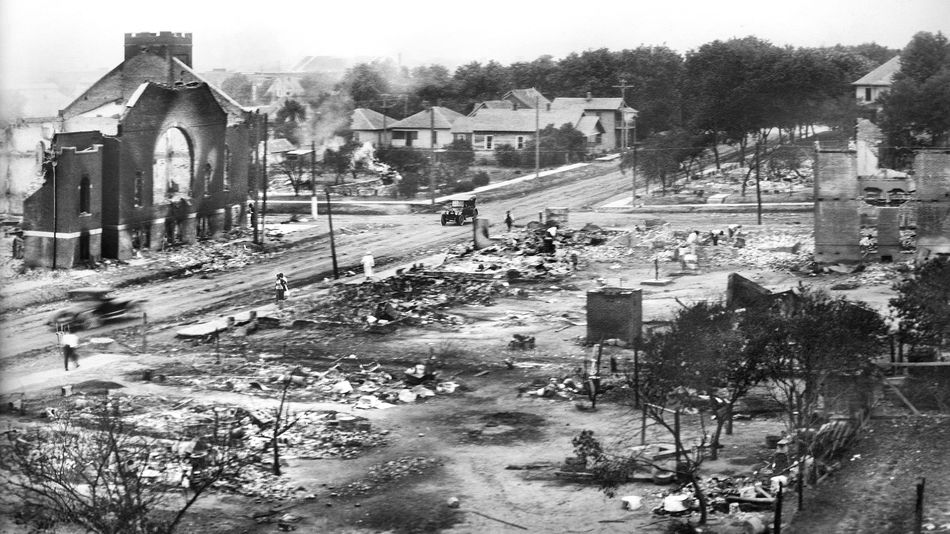 If you haven’t heard of the Tulsa Race Massacre or Black Wall Street, here’s your chance to rectify that.

Black Wall Street, also known as Greenwood, was once a thriving business district and community for Black people in Tulsa, Oklahoma, established in 1906. But on May 31, 1921 that all changed when a white mob set the community ablaze, which historians believe killed 300 people, leveled 35 city blocks, destroyed 191 businesses, and displaced around 10,000 Greenwood residents.

Monday marks the massacre’s 100th anniversary. Rumors and media reports that a Black 19-year-old, Dick Rowland, had assaulted a white 17-year-old, Sarah Page, in an elevator in Tulsa, Oklahoma sparked the massacreA conflicting Chicago Tribune report at the time noted Rowland had just tripped on Page as he entered the elevator. Rowland was arrested and authorities brought him to the city’s courthouse, where white people threatened to lynch him. Black men gathered at the courthouse to try to protect Rowland. Someone shot a gun and, soon after, a group of white men marched into Greenwood with weapons and started a spate of violence, looting homes and lynching Black residents. Read more…