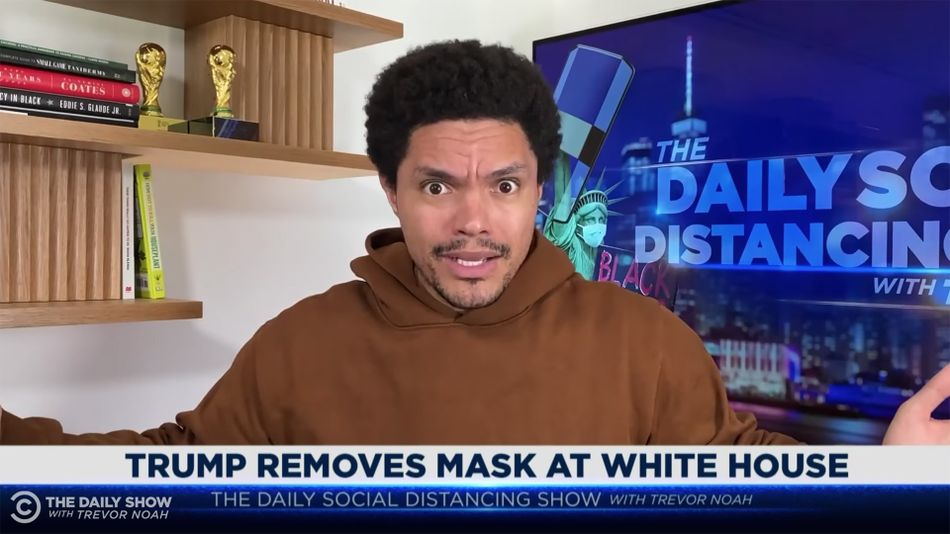 Trump is now out of Walter Reed Medical Center, back at the White House after three nights in hospital being treated for COVID-19, and now saying highly unfounded things on camera like: “Maybe I’m immune, I don’t know.”

During Tuesday’s edition of The Daily Show, Trevor Noah could barely get his head around it.

“What the hell kind of a thing is that to say?” asks the host in the clip above. “‘Maybe I’m immune, I don’t know?’ It sounds like the last thing a frat bro says right before he drinks the toilet water for $20.

“But I mean at least now we know how Trump is going to try to spin this whole episode, you know? It’s not that he was so reckless and ignorant that he got himself and possibly many other people dangerously sick. It’s that as a leader, he was brave enough to confront the virus head on. Just like the only way to study marine biology is to get eaten by a walrus.” Read more…