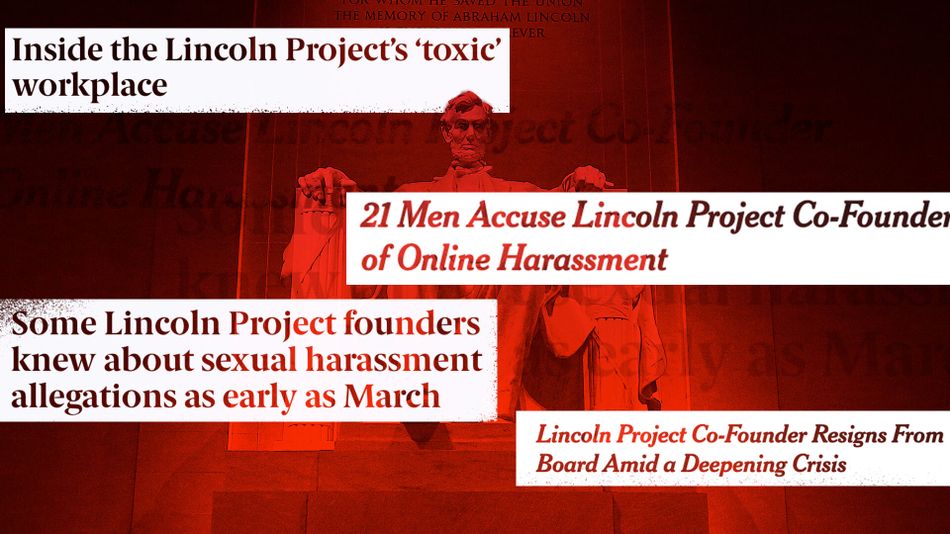 From the day The Lincoln Project launched in late 2019 as a group of high-profile Republicans determined to take down then-President Donald Trump, the super PAC positioned itself as a moral authority on the fate of the country.

“As Americans, we must stem the damage he and his followers are doing to the rule of law, the Constitution and the American character,” the project’s co-founders wrote in a New York Times op-ed.

So when it recently became public that 21 men accused co-founder John Weaver of online sexual harassment, and that its leaders allegedly knew about some of those complaints as early as last March, The Lincoln Project swiftly lost its credibility.  Read more…