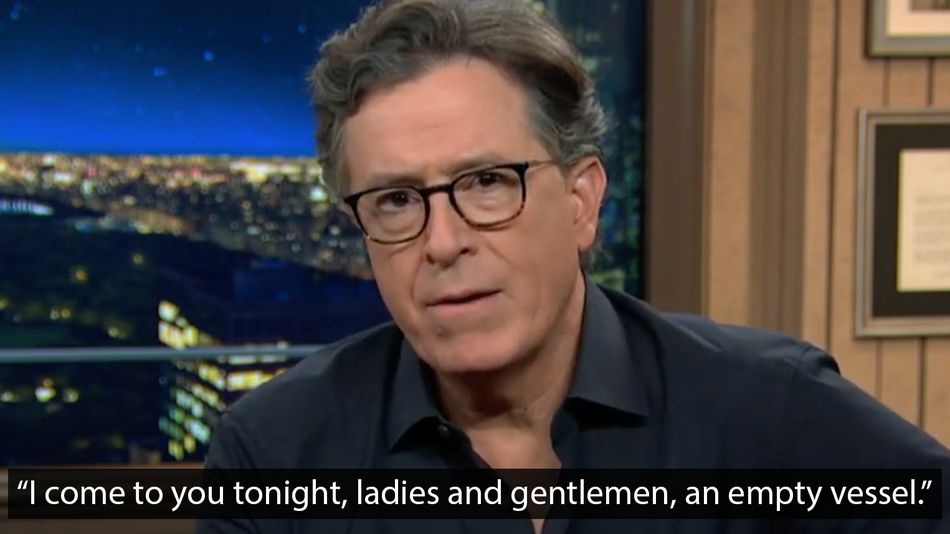 “I come to you tonight, ladies and gentlemen, an empty vessel,” says the Late Show host in the clip above. “A man with a mind wiped clean, I have stood in the swirling chaos of creation, I have seen Shiva dancing the destruction, wielding his trident, carving great gouts out of the universe, the sky at once both red and blue and black, until all that remained was a starless void and the hollow husk once known as Chris Wallace.”

A terrifying image, indeed, but one that was barely any scarier than the reality of Joe Biden’s first (and very chaotic) presidential campaign debate with Donald Trump. Read more…