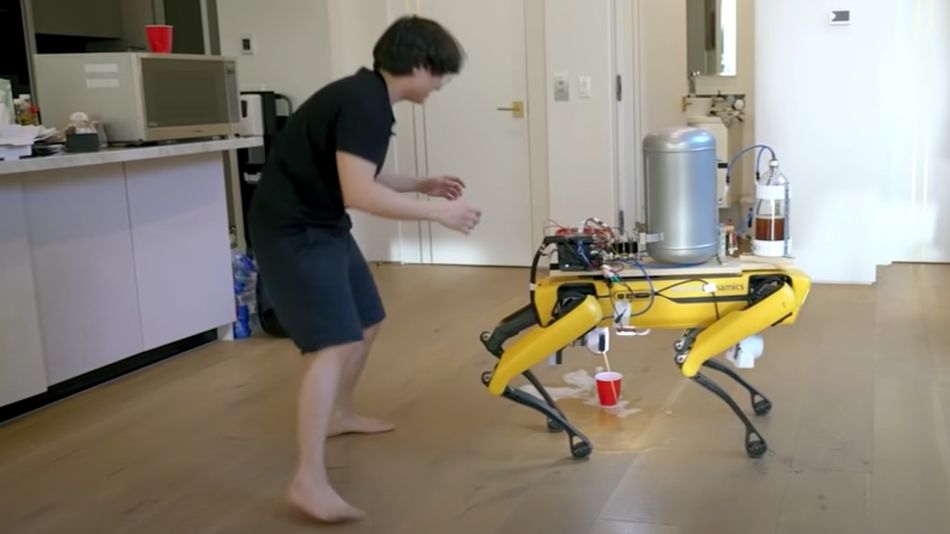 Robots will deliver you beer. Just not in the way we imagined.

YouTuber Michael Reeves got his hands on Boston Dynamics’ robot dog, Spot, and of all the things he could’ve done with it, he turned it into a beer-pissing robot.

Yes, it’s exactly what it sounds like. Reeves equipped Spot with a tank of beer, a nozzle, a camera, and a wireless HDMI signal transmitter, among other gizmos. He also wrote some clever code to make the robot recognize an empty beer cup on the floor, position itself over it, and spray beer into it.