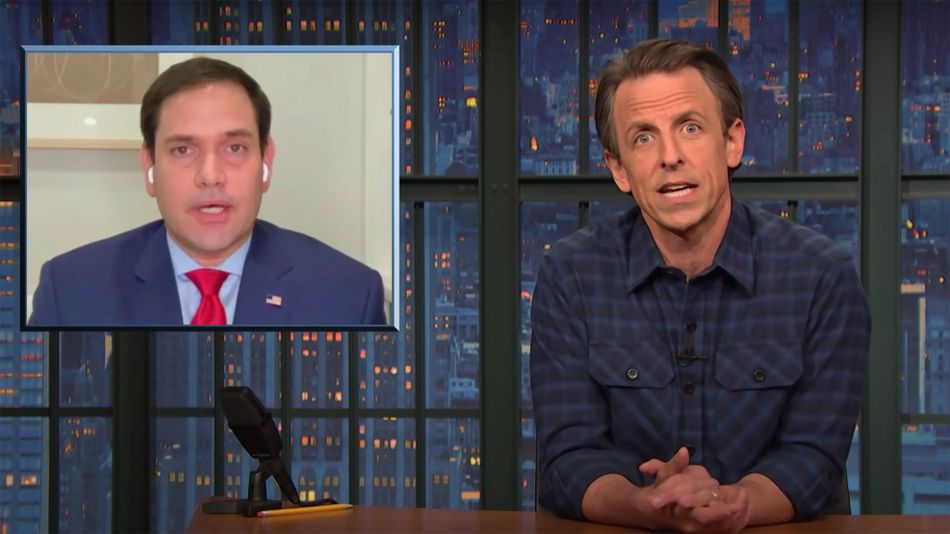 Despite former president Donald Trump appearing to encourage his supporters prior to a mob of them violently storming the U.S. Capitol, many Republicans still aren’t on board with his impeachment — and Seth Meyers has had enough of it.

During his “Closer Look” segment on Monday’s edition of Late Night, the host played a montage of senators like Rand Paul and Marco Rubio making every possible imaginable excuse as to why impeachment might be a bad idea.

“Man, they’re throwing everything at the wall,” Meyers says in the clip above. “‘Impeachment will stir up the country’; ‘The election was stolen’; ‘We all bear some responsibility.’ It’s like getting pulled over with a giant plume of marijuana smoke in the car and telling the cop: ‘I think it’s the exhaust pipe, and it is legal in several states, and I only started smoking when you pulled me over because that gave me severe anxiety.'” Read more…