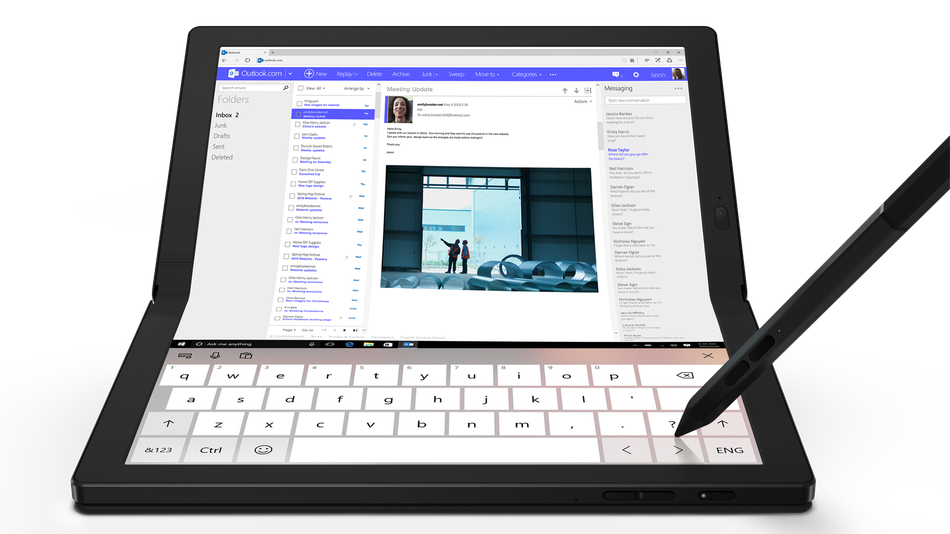 It feels like a lifetime ago that Lenovo first announced its ThinkPad X1 Fold at CES back in January. Now, seven months later, the world’s first PC with a foldable display is available for pre-order starting at $2,499.

The X1 Fold’s specs haven’t changed since that early reveal. It still features a 13.3-inch flexible OLED touchscreen display (2,048 x 1,536 pixel resolution) that can be split into two 9.6-inch screens when folded, with a 5-megapixel HD infrared camera on top.

The entire device is encased in the same non-removable black leather folio we originally saw at CES, while underneath is a carbon fiber back frame that’s held together with hinges. To keep the X1 Fold from overheating, the folio also has a foldable graphite layer to help dissipate heat and features a built-in kickstand, the angle of which has been improved for better usability.  Read more…