by Cash For WritersPosted onJuly 1, 2020

Genre: Comedy
Premise: A subversive superhero story about the world’s only superhero living a bachelor lifestyle, learning he has two very different teenage twins he never knew existed, and now has to figure out how to be a father.
About: This script made last year’s Black List with 8 votes! This is the writer’s big breakthrough script. He is a copywriter in Los Angeles.
Writer: Sean Tidwell
Details: 106 pages 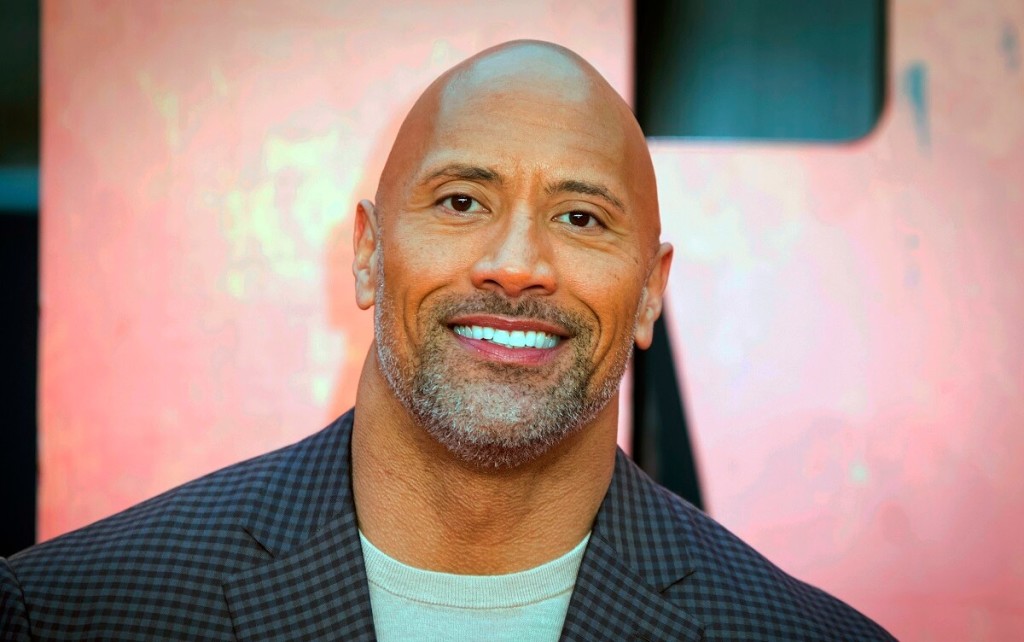 I wonder if the writer had this actor in mind for the lead.

You guys know I’m all about subversive superhero scripts. Whether you love it, hate it, can’t stand it, or want to marry it, superheroes are the biggest thing going on in theaters these days. Or, three months ago at least. These days, no movie is doing well in theaters. Now that I’m thinking about it, I wonder if there’s a perfect script to write for the coronavirus era. A movie that takes advantage of the new, very specific, reality of what moviegoing will become. Feels like there’s an opportunity there. But I’ve gotten off track.

Right, so superheroes. Whenever there’s a behemoth of an industry, there is an opportunity to make money on smaller ideas that orbit that industry. iPhones make Apple a bagillion dollars. But they also make a lot of smaller companies who offer add-ons for iPhones a lot of dollars. Same idea with these superheroes, aye. The right idea that indirectly explores superheroes would make producers’ heads explode. Because you get a superhero movie without having to pay that hefty IP price tag.

The problem with these ideas that I’ve seen so far is that they haven’t been that clever. The Boys has done the best job so far. Then again, it’s not an original idea. It’s based on a real comic. That spec that sold last year about a heist where the characters realize they’re inside the home of a superhero sounded fun. But I haven’t heard anything about it since.

Super Dad sounds like something a bored Vin Diesel might attach himself to. But, as we’ve all learned on this site, it comes down to execution. A good concept helps. But it’s what the writer does with the characters and the plot that matter most. Can Super Dad pull off the unlikely and overcome its familiar premise?

We meet Layton Wade as he saves a young girl falling from a crane on top of a building. When he lands, he reaches out and a Gatorade appears. Layton isn’t a real superhero. He’s just acting! But wait, then the real crane falls! Layton runs over and catches it before it mauls the crew. Layton really is a superhero!

Layton is also a player. And a big drinker. And hasn’t grown up. 13 years after that commercial, at 40 years old, he’s still partying with local sports stars from the Los Angeles Rams and drinking til the early morning hours. And even though he’s having some issues accepting middle age, he wouldn’t trade his lifestyle for the world.

So he’s not thrilled when a social worker comes to his Iron Man like Los Angeles mansion and tells him that twins, 13 year old Will and Anna, are his kids. Some girl he had sex with 13 years ago died. So Layton has become the lone guardian. And he ain’t happy about it. He tries everything in his power to get the social worker to take them back but fails.

Layton is thrust into a life of parenting, a life he does not enjoy. He’s got to take these two to middle school. As in: HIM. Layton. Superhero. Has to drive kids to school. It’s so beneath him. This isn’t fostering a lot of love from his kids, who are beginning to hate him.

Meanwhile, there’s a woman named Scarlett – she actually asked Layton to invest in her company 13 years ago on that commercial set – who is on the verge of becoming the next Google. That’s IF her metal exo-skeleton suits created to help disabled children work. She’s oh-so-close to the finishing touches but the funding has run out and she’s getting desperate for the money she needs to achieve her dream.

Not so coincidentally, local criminals Layton is assigned to stop are wearing metal exo-skeleton suits, creating the first humans he’s encountered who are as strong as him! Why is Scarlett targeting Layton? Will Layton learn to parent? Oh, and when Anna and Will’s aunt offers to raise the kids, what will Layton do? Will he go back to his awesome bachelor lifestyle? Or will he finally accept the responsibilities of becoming an adult?

These are actually really hard scripts to pull off. You’re writing to the lowest-common denominator in terms of discernment (kids and their parents). But you still need to write a good enough script to impress the Hollywood gatekeepers. Not to mention, it’s hard to write something funny when the humor needs to be this safe.

So color me tickled that Super Dad pulled it off!

This script was actually really good. And if I sound surprised, it’s because family comedy scripts are often the worst, the cinematic equivalent of Fuller House.

But the writer managed to write a bunch of funny scenarios and moments. Couple that with an easily likable hero and a well thought out plot, and you have yourself a winner.

I knew the script was in good shape when the Aunt plot point emerged. These kids are thrust upon Layton and he’s forced to take them. But, after a couple of days, the social worker calls back and says their aunt is willing to take them. But she’s out of the country for a month.

This is a small thing but this is what good screenwriters do. Not only does, “You can give the kids back after a month,” introduce a BIG CHOICE that the hero will have to make at the end of the film (It’s always better if your hero has a choice), but it subconsciously structures the story for the reader. The reader now knows that’s the time-frame. In a month, he’s either going to keep the kids or get rid of them.

Another thing I liked was that he inherited twins. In every other iteration of this idea, it’s one kid who shows up. Of course, that makes total sense, since the one-night stand scenario only allows for one kid to have been born. By making it twins, it puts a subtle twist on the formula that makes this just a TEEEEENSY bit different. And that’s all you’re trying to do with a script. You’re trying to add these little twists to common scenarios so your script reads differently from everyone else’s.

But the big thing is that the script is funny. I laughed a lot. There’s a scene where Layton is with his kids and he gets a call that a bank is being robbed. This forces him to go stop the robbers while leaving his kids outside. During the battle, his car gets destroyed, and, afterwards, he doesn’t know what to do. So Anna calls an Uber. And she accidentally calls Uber Pool (they came from a poor family so that’s what their mom always used to call). We get this funny moment where the most famous man in the world is riding home in a car filled with his kids and several Uber passengers.

There’s also a moment where Anna has her first period and Layton has to go buy tampons. This is his worst nightmare. He’s terrified of being seen shopping for tampons. He doesn’t like the idea of his daughter becoming a woman. So the whole thing is giving him major anxiety and, while it’s happening, a shopper walks into the aisle and is so shocked by seeing Layton that she drops her cranberry juice, which shatters on the white tiled floor, forming a big red horrifying blotch right in front of Layton.

But the biggest achievement is that Layton is fun to be around. Even though I’ve seen it all before, it’s fun watching him try to parent. His kids go to school. His daughter tries to make a football team of all boys. His son is an anime dork who’s crushing on a girl and doesn’t know how to ask her out. Layton becomes determined to help them. And, in the process, starts to love them. It’s all a bit cliche but the smart and funny execution is a cut above all the other scripts I read in this genre. It’s good stuff.

I want to finish off by alerting you to one negative, however. This is something that’s rarely discussed in screenwriting because it’s so specific. However, it’s worth noting because I do see it happen quite a bit.

This is using your opening scene as a big reveal when the big reveal only works in theory and not in practice. So the opening is scene here is pretty clever. We get a scenario we’ve seen a thousand times before. A damsel (in this case, a girl) is in distress, hanging onto a crane at the top of a skyscraper, losing her grip and falling, then Layton flies up and saves her, then when he gets down on the ground, we pull back and see it’s a commercial. Layton is not a real superhero. He just plays one.

While the crew members rush in to do their jobs, Layton talks to his agent. As this is happening, the crane on top of the building, which is real, breaks and falls down. Just as it’s about to hit everyone, Layton runs over and catches it to save them. It’s a double-twist. Layton really IS a superhero. Clever, right?

Here’s the problem. We already knew that. The title of the script is Super Dad. And, chances are, we didn’t read this script without hearing the pitch or reading the logline. And, if this script is so lucky as to become a movie, we’ll have seen all the advertising and know he’s a superhero going into the film. Which means this scene will play out as… “Well, yeah, duh. We already knew that.”

What does this mean? Because this scenario comes more than you’d expect in screenwriting. People are going to know important information about your script before they’ve read it. You’re probably thinking, “Well then we won’t tell them what the movie is about so everything is a surprise!” But if you don’t tell anybody what your script is about, no one’s going to want to read it.

How big of a problem is this? Not gigantic. Readers might read this scene and still think it’s cute, even though they already knew the reveal. But in a business where every line of the first five pages matters so much, it’s something you want to keep in mind. I’m not saying never do it. But if you really want to surprise the reader in that opening scene, you should probably write a scene whose reveal isn’t something we already know.

What I learned: You can subliminally (or not so subliminally) imply who you want the reader to imagine in a role by using a real life actor’s name. This tends to work fine in comedy but it’s a little tougher to pull off in serious genres. Here the villain is named Scarlett. No doubt you’re expected to think of a certain red-headed Marvel Avenger.

Was I right on?
Thank me later.