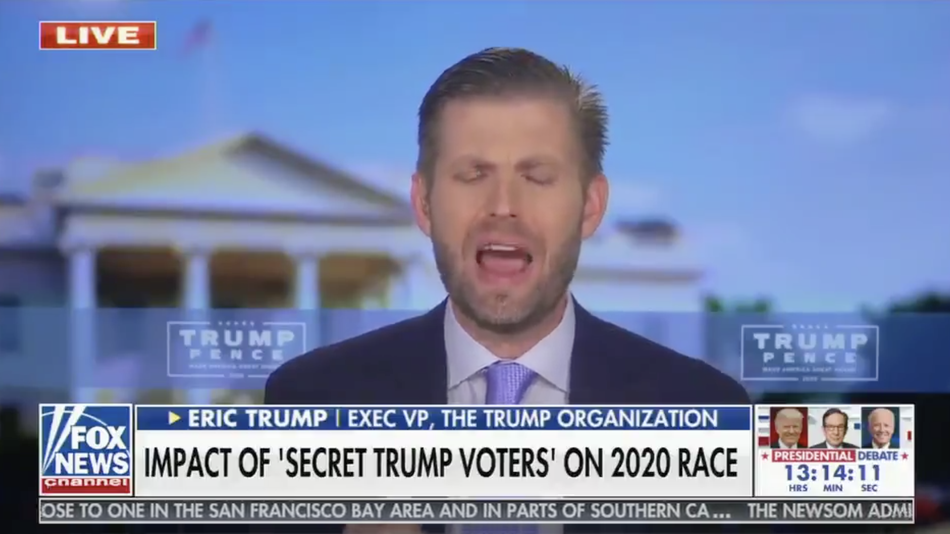 No, first son Eric Trump didn’t come out as a part of the LGBTQ community today in a Fox News interview, despite what some on the internet might have you believe. He’s just not very good at talking.

A clip of President Trump’s middle son being interviewed went viral on Tuesday, during which he said: “The LGBT community, they are incredible… I’m part of that community, and we love the man.”

Without some crucial context — or honestly, not carefully sifting through Trump’s jumbled words — it would perhaps seem like Trump came out.

Eric Trump: “The LGBT community, they are incredible. And you should see how they come out in full force for my father every single day. I’m part of that community, and we love the man.” pic.twitter.com/hl51ftW8l2