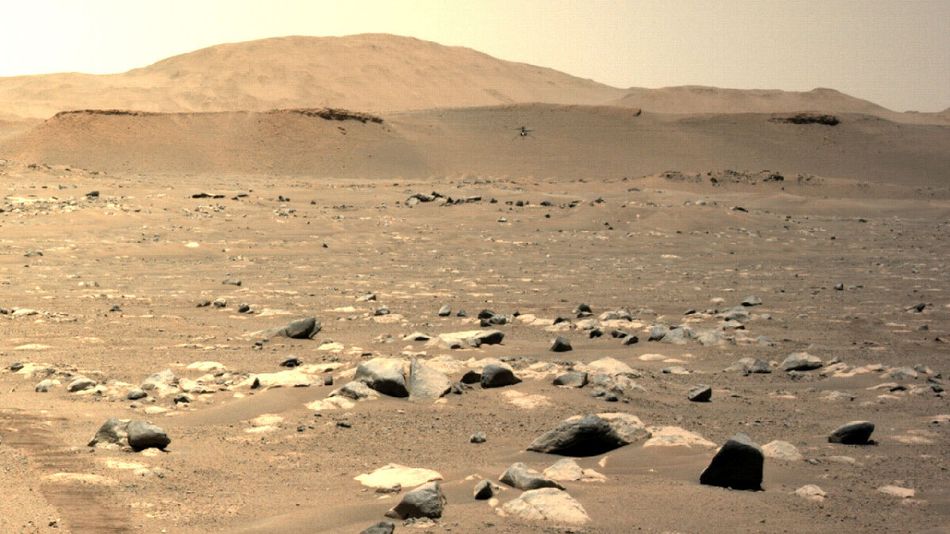 Humans are getting better at flying helicopters on other planets.

On Sunday, NASA’s Ingenuity Mars Helicopter flew for the third time, making records in terms of speed and the distance it covered. NASA says the helicopter rose 16 feet (the same altitude as Ingenuity’s second flight), but it covered a distance of 164 feet, and flew at a top speed of 6.6 feet per second.

You can see the video of the flight below, taken by NASA’s Perseverance rover. Notice how cool this is: A man-made rover is taking a video of a man-made helicopter flying on another planet.

In the video, you’ll see Ingenuity whizz out of view, but keep watching until the end to see it land very smoothly on the Martian surface.  Read more…

More about Nasa, Tech, and Space