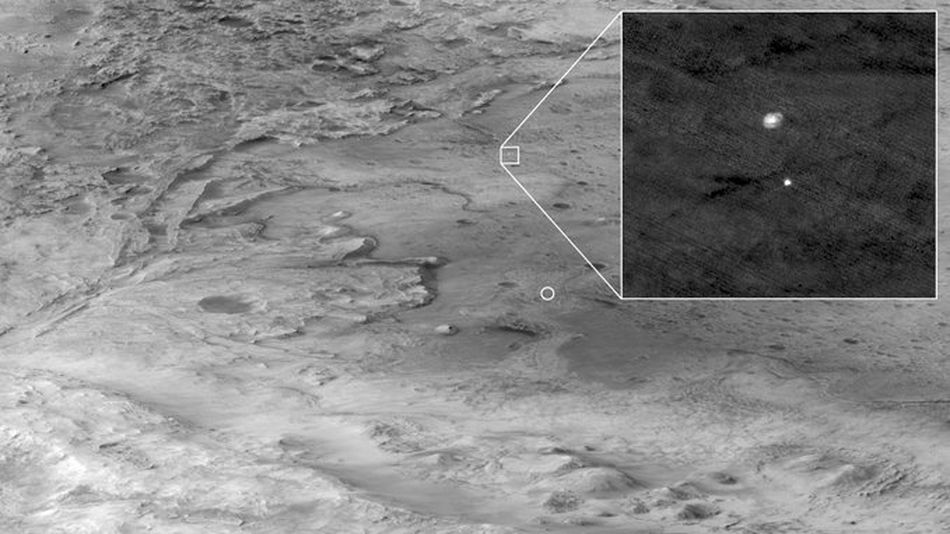 Talk about a unique satellite image.

A crucial NASA satellite orbiting Mars, the Mars Reconnaissance Orbiter, spotted the car-sized Perseverance rover parachuting through the Martian atmosphere on Thursday, en route to a successful, though dramatic, landing. The space agency released the shot on Friday.

“Every picture tells a story,” NASA tweeted. “This one captures me in midair, floating over Mars while hanging from my parachute during the final #CountdownToMars.”

In the image below, the square shows an enlarged view of the parachuting rover, and the small white circle depicts where the rover ultimately landed in the Jezero Crater. The satellite orbited some 435 miles above Perservance when it snapped the image. Read more…

More about Mars, Science, and Space