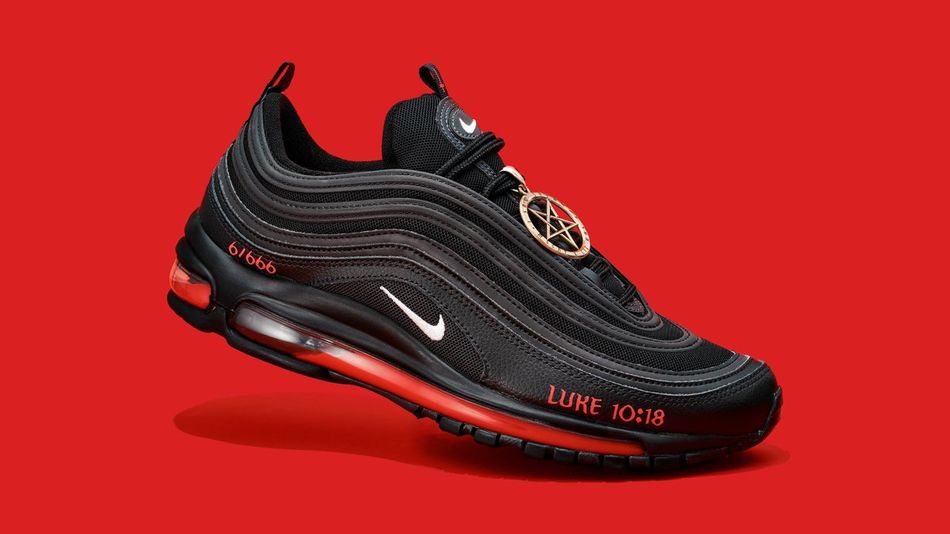 Lil Nas X’s infamous “Satan Shoes,” released in collaboration with art brand MSCHF, will be voluntarily recalled as part of a settlement with Nike.

Nike and MSCHF settled for an undisclosed amount on Thursday. As part of the settlement, MSCHF will buy back any “Satan Shoes” and its 2019 “Jesus Shoes” — featuring a gold crucifix charm and holy water in its midsoles — for their original retail prices in order “to remove them from circulation.” The “Jesus Shoes” originally retailed for $1,425, and the “Satan Shoes” originally retailed for $1,018.

The satanic collection of Nike Air Max ’97 sneakers, which were modified with red and black accents, an inverted cross, and a “drop of human blood,” were released with Lil Nas X’s similarly controversial music video for “Montero (Call Me By Your Name).” The music video, abundant with Biblical imagery, enraged conservatives with its queer retelling of humanity’s fall from grace as Lil Nas X’s character took his banishment to hell in stride.  Read more…