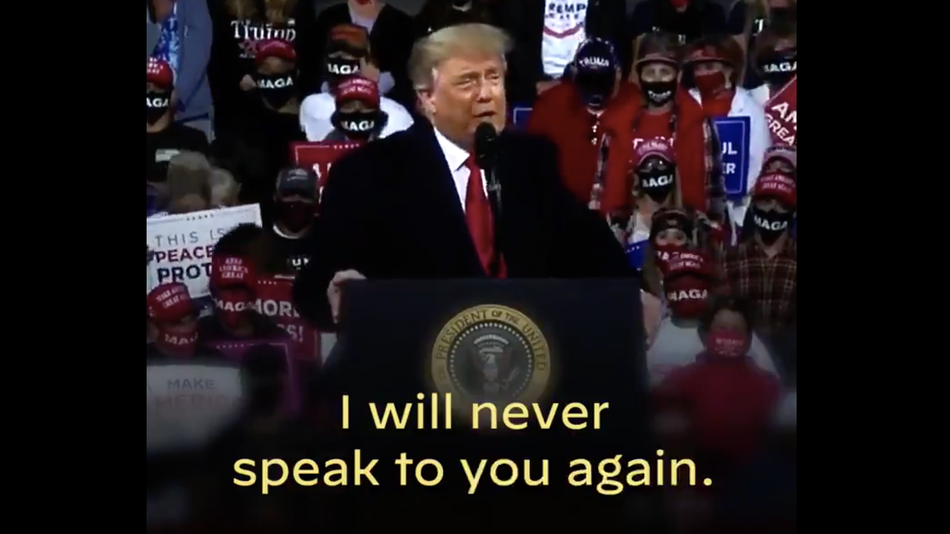 You’ve got to hand it to Joe Biden: His new 10-second ad makes good use of every last moment.

The Democratic nominee doesn’t really even say a word. He simply put up a video of Donald Trump speaking at a rally on Twitter and let the president’s statement speak for itself.

“If I lose to [Joe Biden] I don’t know what I’m gonna do,” Trump says in the quick clip. “I will never speak to you again. You’ll never see me again.”

The short ad then cuts to a picture of a grinning Biden. “I’m Joe Biden and I approve this message,” Biden says.

It’s a quite simple and very effective message.

Trump made the comments about Biden at a Fayetteville, North Carolina rally on Saturday. The Republican president was claiming a senator once told him Biden was the dumbest person in the Senate. That led Trump to segue into a claim that he felt Biden was the worst candidate in history, and thus, if he lost to him, he’d simply have to go away.  Read more…