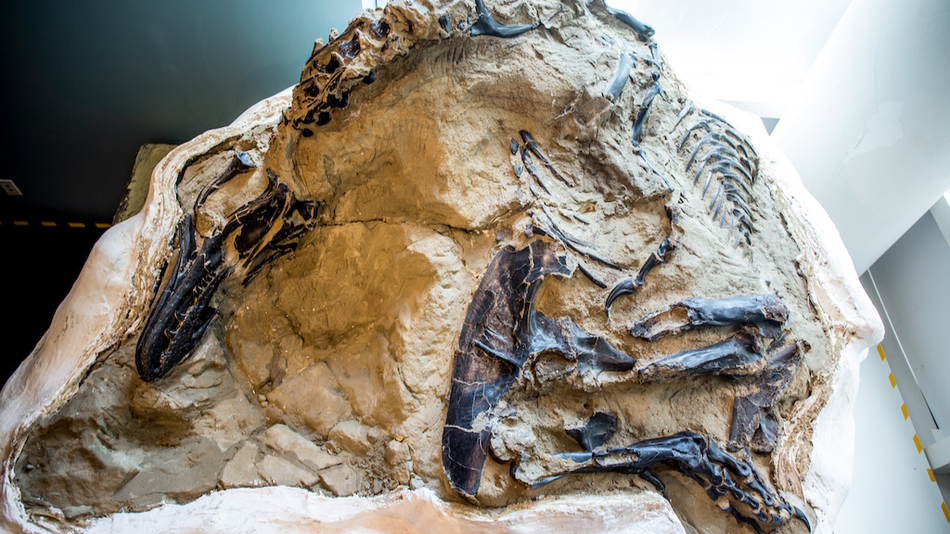 A fossilized pair of Cretaceous dinos known as the “dueling dinosaurs” were preserved in incredible condition with evidence suggesting that the two may have been locked in a mortal struggle before their demise.

The impressive and dramatic fossil specimen still only partially uncovered from its surrounding sandstone includes a tyrannosaurus rex and a triceratops, and it will be going on display at the North Carolina Museum of Natural Sciences, The Charlotte Observer reported Tuesday.

Injuries and tyrannosaur teeth found embedded in the triceratops’ body suggest that the two were involved in a predator-prey scenario when they were preserved together, according to the museum. The two skeletons are among the best-preserved examples of each species, and the T. rex’s skeleton is the only example of a 100 percent complete specimen ever unearthed. Read more…

More about Dinosaurs, Science, and Animals