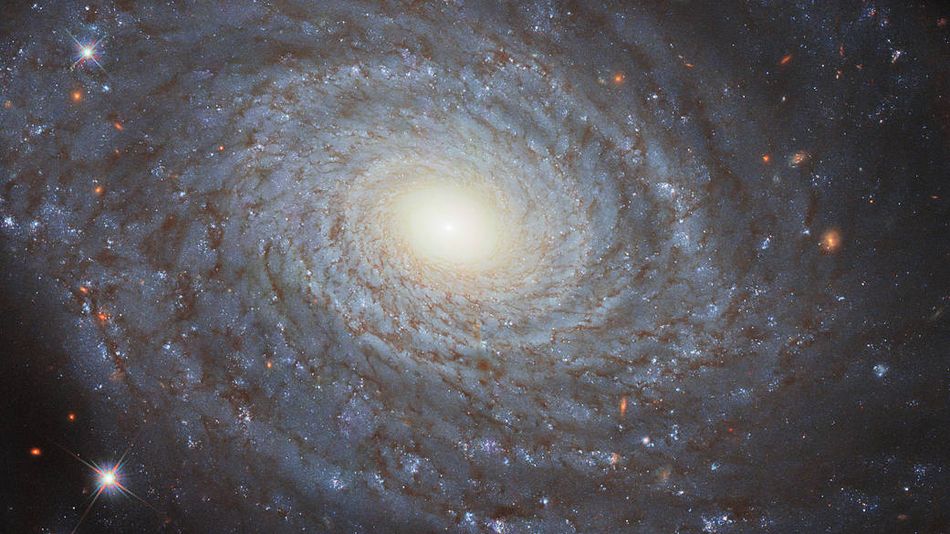 We live in one of these, you know.

Our own Milky Way is a spiral galaxy, much like the one featured in this newly shared image captured by Hubble’s Wide Field Camera 3. What you’re seeing is NGC 691, a spiral galaxy that’s roughly 120 million light-years away.

This beautiful image is more than just a snapshot, thoughHubble doesn’t operate all on its own. An image like this pulls together the details the space telescope is able to discern across multiple wavelengths. Those filtered images are then collected and handed off to a scientifically minded art team that decides which colors best represent each filter. Read more…