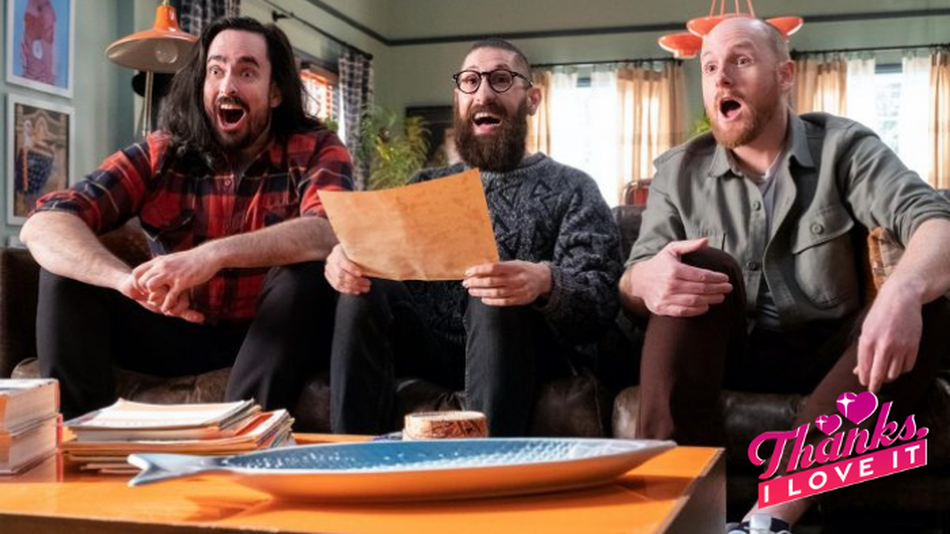 Welcome to Thanks, I Love It, our series highlighting something onscreen we’re obsessed with this week.

The new Netflix comedy series is the lovably dim, filthy baby of beloved Australian comedy trio Aunty Donna, produced in L.A. late last year with a team that included executive producer Ed Helms and guest stars like Paul F. Tompkins, Comedy Bang Bang’s Scott Aukerman, and Weird Al Yankovic. The basic premise, for want of a better word, is that Mark (Mark Bonanno), Zach (Zachary Ruane) and Broden (Broden Kelly) live together in a house, and have adventures that include interviewing potential housemates, training for the ‘Lympics, getting the house ready for a visit from the Queen, and being sent on interdimensional spy missions.  Read more…