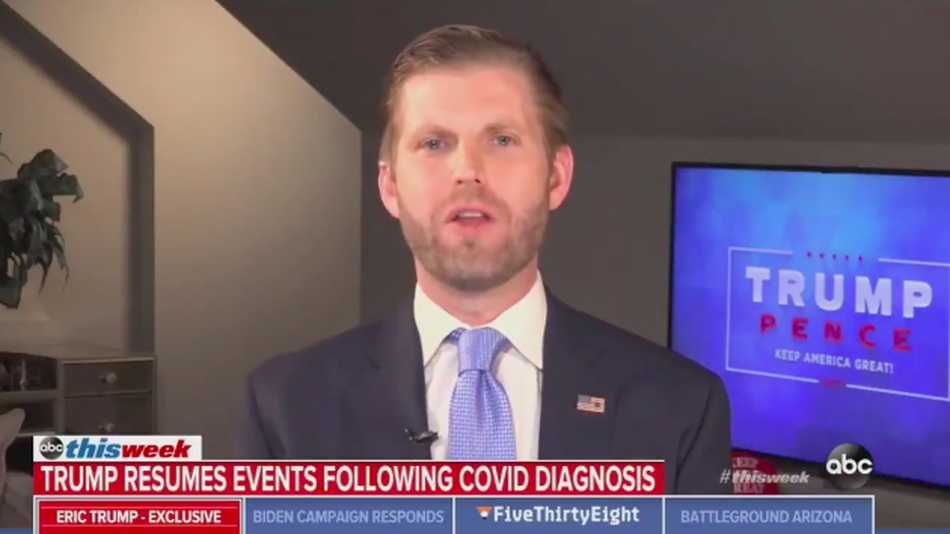 Donald Trump’s not the only Trump going on rambling televised rants this week.

On Sunday morning, Eric Trump appeared on ABC’s This Week where he had what was pretty much an on-air meltdown. Most notably, he repeatedly lamented that his father “lost a fortune” running for president, insisted that Donald Trump recovered from COVID-19 because of vaccines he created (100 percent false), and demonized media outlets for accurately reporting that White House events were responsible for the coronavirus outbreak among senior administration officials.

Whew. It was a lot for a such a short segment. And he immediately started to trend on Twitter. Read more…